What’s March Madness?  March Madness determines the college basketball champion of the National Collegiate Athletic Association (NCAA). It takes place during the 2nd week of March through the 1st week in April.

I have been running a March Madness Bracket Challenge at our company since 2002. That’s a long time! We allow immediate family members of employees to participate which adds to the fun. About 75% of our office chooses to join the challenge.

Over the years, March Madness has become an annual event that the people in our office look forward to. It is a serious competitive event actually. Some create a new team name each year and others keep the same name throughout all of the years. An individual is a team, and my team name is “Sluggo.” I have used that name since 2002. We run the private challenge using an on-line fantasy program which keeps track of our trophies and statistics for all years. It is great to review our “badges of honor” and some of us can reminisce about that glorious time when we took 1st place. When all else fails, we know that there is always next year!

We kick-off March Madness on the day it starts with a company sponsored pizza lunch for everyone participating in the challenge. We have the game on TV all day in the conference room and it’s one of those extra-long lunch days. The great thing about March Madness is that you really don’t need to know anything about college basketball. There is plenty of research information available if you care to research, or you can copy any one of the numerous bracket recommendations that appear everywhere during March Madness week.

One of the rules of our March Madness pool is that everyone is allowed to take a look at any game being played during working hours. Technology today brings an easy to use “live broadcast” to our desktops. During the first couple of days of March Madness, many games are held during working hours. Otherwise, most of the games are held in the evening.

This year in particular a lot of strange things have happened. Although this is somewhat typical of March Madness, the surprises have been extraordinary this year. Some games have been won by an amazing 3 point basket with seconds to play! Teams never expected to go past the first round are now in the final four and teams expected to “take all” are already out of the competition.

There are currently a handful of people at our office that have enough points to win the challenge.  All but one of those possible winners would win without their final team having made the finals, and would win simply on the points accumulated for all games instead of winning by picking the final winner. That’s how crazy it has been. It is even possible that there will be two final teams competing that were not even expected to be in the final four.  That does not happen that often.  One of those possible competitors has not been in the NCAA Tournament since 2004, was not expected by many to win the first round, and last won an NCAA Tournament game in 1973.  The other team has not been in the final four since 1939. To put that into perspective, FDR was President in 1939 and Gone with the Wind had come out in theatres.

This final week will be very intense at our office. Win or lose, there is much more to look forward to.  Everyone who participated in March Madness will be invited to a company-sponsored off-site pizza party on a Friday after March Madness ends. We will all in good sport be celebrating our single winner.  We don’t bother with 2nd and 3rd place, that’s for amateurs. The basketball gurus will complain that they didn’t win because they knew too much. Those who were leading the whole time and then fell to the winner will talk about choices they “coulda,” “woulda,” “shoulda” made, and the winner will gloat and take in the glory of victory. Die-hards will already start plotting for next year.

All in all, the March Madness season will have brought to us the joy of competition and the comradery of doing something fun as a team. We will wind up another March Madness year of excitement, suspense, and encouragement.

You will read about the billions of business dollars lost in the workplace because of March Madness.  At our company we consider the time we spend on March Madness a win for the team and a win for the company. Our little competition brings everyone closer together and though it sounds a little corny, those bonds and reinforced friendships help us throughout the year.  No matter the outcome of the games, March Madness is a win for our company culture! 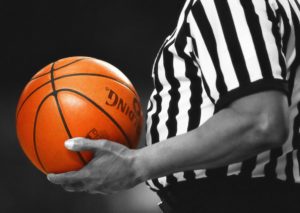